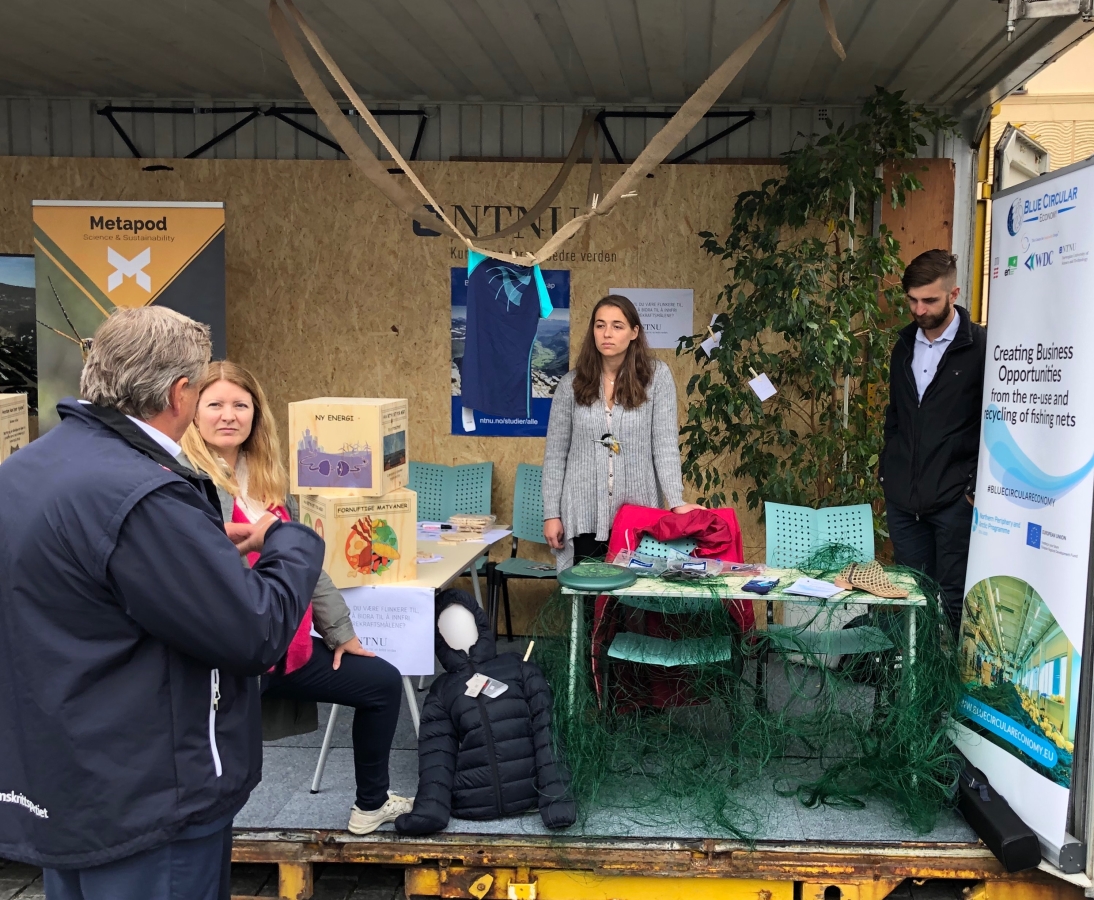 The Norwegian Minister of Fisheries, Harald Tom Nesvik, visited NTNU’s campus Ålesund on Thursday 22nd of August 2019.  He also visited BCE’s stand in the city centre where  the Ålesund Food Festival took place. Project coordinator of BCE, Siv Marina Grimstad described the purpose of the project to the minister and showed him products made of recycled fishing gear. She also asked him about what they are doing to professionalise the collection of marine plastics. He stated that they are  increasing the number of port reception facilities in Norway and will expand the Fishing for Litter programme.