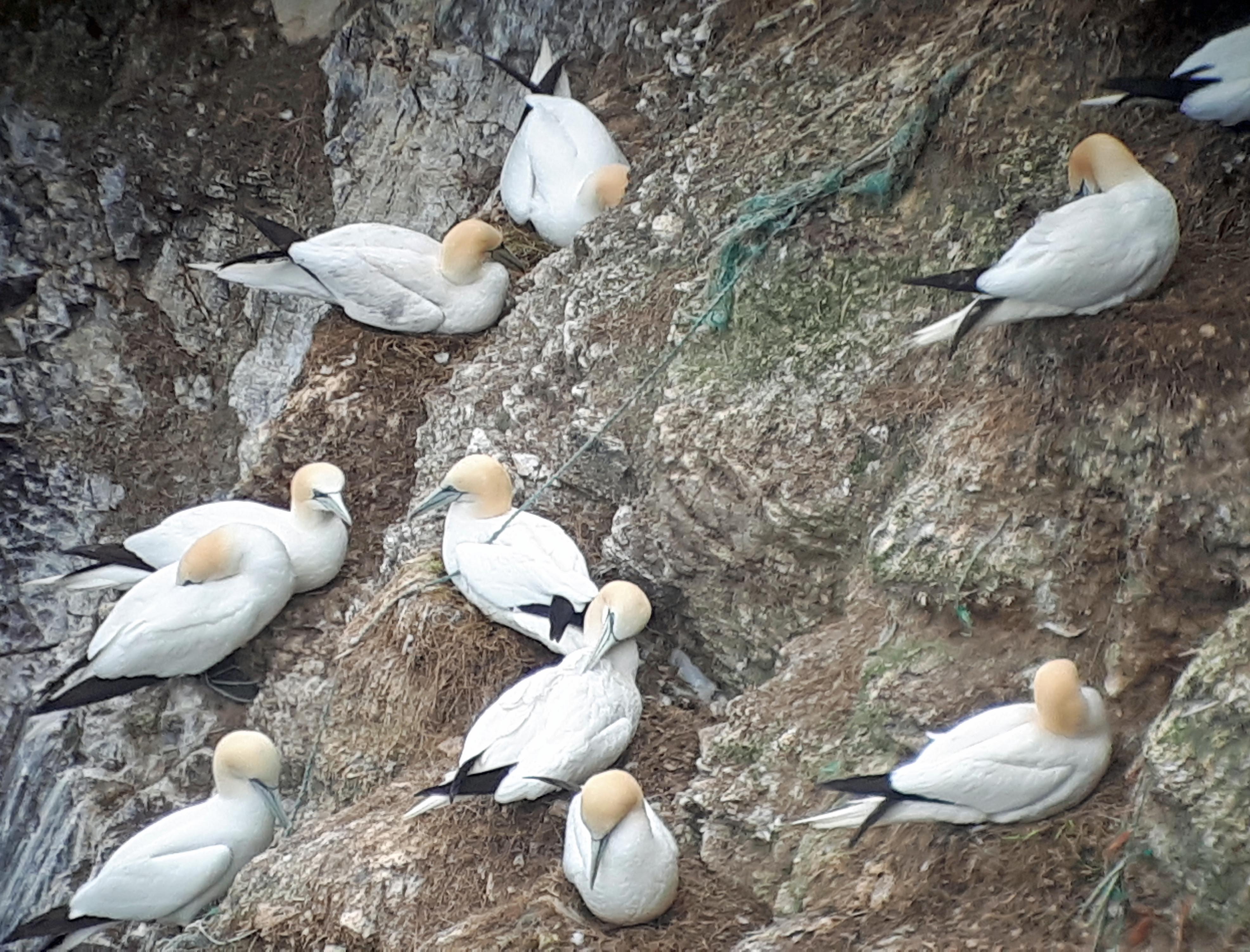 A new study has highlighted the threat marine plastic poses to the North Atlantic’s largest seabird. Researchers explored Northern Gannet populations across the UK, Norway, Iceland, Canada, The Faroe Islands and Ireland, finding that birds in 28 out of 29 colonies had incorporated plastic debris into their nests.

The study was conducted by scientists at the University of the Highlands and Islands, the Natural History Museum and the University of Tasmania who used digital photography, visual observation and existing publications to gather data. A total of 7280 nests were examined, with 46% found to contain debris. The majority of the debris was threadlike plastics, thought to originate from fishing activities.

Dr Nina O’Hanlon, an ornithologist at North Highland College UHI’s Environmental Research Institute, led the project. She explains: “Marine plastic pollution is an increasing and global environmental issue which poses a threat to marine biodiversity. There has been a rise in research on plastic ingestion, but data on nest entanglement is still limited due to challenges in monitoring this in the marine environment. An alternative option to monitoring entanglement or entanglement risk is to look at nest incorporation of plastic.

“This study has highlighted the scale of the issue across the geographic range of Northern Gannets. It also indicates that plastics are more frequently incorporated in nests in well-established colonies in areas with high levels of fishing activity. This means that gannets are a useful species to help us monitor fishery related debris and the effectiveness of actions which are introduced to reduce this.”

Dr Alex Bond, the Senior Curator in Charge of Birds at the Natural History Museum, was also part of the study team. He commented: “Gannets use the same nest over several years and we were able to show that colonies that had become established earlier had more plastic in the nests, highlighting the persistent nature of plastic pollution.”

Researchers at the University of the Highlands and Islands launched a citizen science project in July to gather information on birds which have become entangled in debris or which have incorporated it into their nests. To contribute or find out more visit, www.birdsanddebris.com.

For more information about the Environmental Research Institute, visit https://eri.ac.uk